Home The MSE Engineering Team will meet for a second time this year, in Paris from the 14th to 16th October.

The MSE Engineering Team will meet for a second time this year, in Paris from the 14th to 16th October.

Following the pattern set at the first workshop, MSE’s International Engineering Team met for a second time, in Paris on 14-16 October 2015. Pascal Jagourel, assistant Director for GEPI, welcomed the attendees at the historic Salle du Conseil room of the original Paris Observatory. This meeting was graced by a number of new participants, including those from Spain, Lausanne Switzerland, Durham England, Lyon France and Meudon France. 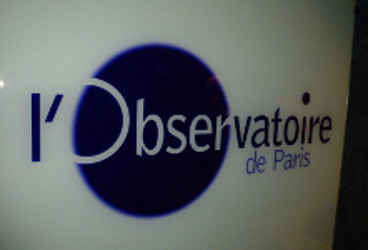 It was inspiring to be meeting in the same observatory and building directed by – well, quite a number of Cassinis beginning with the famous Giovanni Domenico Cassini and on through three generations of descendants. The building where Foucault first publically demonstrated with a simple pendulum that the universe wasn’t rotating around the earth.This famous Bâtiment Perrault of the Paris Observatory straddles, and honours, the original Paris Meridian.

And we also learned that the Paris Observatory is surrounded by many restraurants and pubs; venues in which we could meet colleagues previously known to us on videocon, build friendships and develop trust in each others’ abilities. A friendship that will sustain our collaboration through to the next semi-annual meeting of the team.

By any measure, this workshop was a clear success! 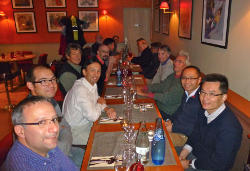